Lessons From A Run For Office

Why don’t we have more women running for office? For starters, they aren’t asked. Research has also shown that women need to be asked at least more than once before they seriously consider running for public office. If someone had never asked Michelle Love-Day to run she might never have considered it. But thanks to a persistent woman in her life she finally threw her name in the race. While her first race didn’t end with a win,  it left Michelle even more passionate about getting more women to see a future for themselves in our government leadership and proving the importance a woman’s voice plays in our communities.

In this interview, we learn more about the journey Michelle Love-Day took to the ballot and what she learned from her first run for office. 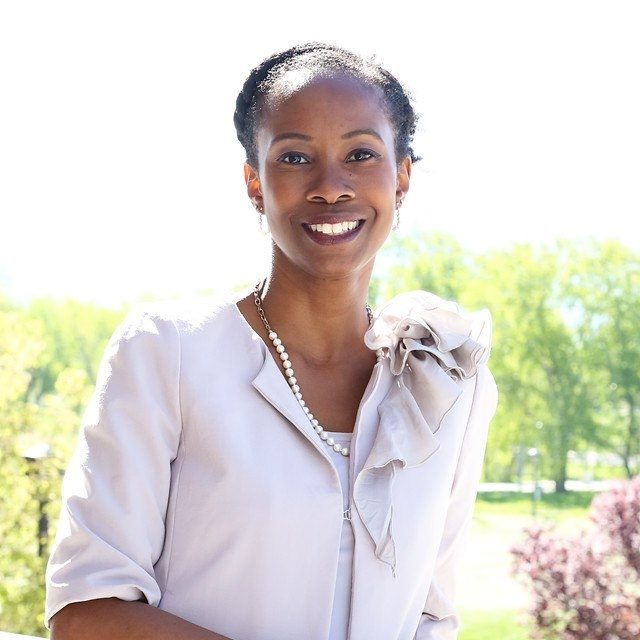 Tell me a little bit about yourself.

I grew up in the International City of Lorain, Ohio and am a second-generation college student on my dad’s side and third on my mother’s side. I have been married for 13.5 years and have 5 children with my husband. I have always known that I wanted to be an educator, but never imagined I would be in politics.

Tell me about your educational and professional background.

I received a Bachelor’s in Education (K–8), Masters in Reading (K–12) from Bowling Green State University (Ohio), and Masters in Administration from the University of Utah (Utah). My second language and minor are Spanish, and I studied abroad in Alacla, Spain.

I have taught 1st and 4th grades in North Carolina for three years until relocating to Utah in 2005. I was a 2nd-grade teacher and Literacy Coach at Midvale Elementary for four years, an assistant principal in Granite School District for one and one-half years and a principal for five and one-half years. I began working for the department of Educational Equity in the Granite School District in 2016 as the Associate Director.

“Women in politics are what our cities, states, and the federal government should have. It sets a tone to our young girls that their voice does matter and will be heard.”

When was the first time you thought about getting involved with politics, even if you later brushed it off?

I have always been politically aware but never imagined I would be running for public office. I am apart of the predominantly black female organization Delta Sigma Theta, one of our 5-point thrusts is Political Awareness and Involvement. Each year, I spent time talking to my legislature at the State Capitol and signing people up to vote. I participated in many women’s campaigns and workshops and thought being informed was all I needed.

I was approached in 2017 asking if I had thought of running and I simply laughed. The same young lady, in December of 2018, approached me again. She was the President of the Black Caucus at the time and said the goal is to get as many women to run in the cities outside of Salt Lake and my small town had a few openings.

After talking to my husband and weighing the options, I decided to run for City Council in Bluffdale for the 2019 election.

Has anyone ever made you feel like you CAN’T be a leader? If so, how did that make you feel?

Thinking of the answer to this question, I realized that it wasn’t that the specific person in mind didn’t make me feel like I couldn’t be a leader, rather this person was intimidated BY my leadership. They hired me into a leadership position but micromanaged everything I did. It made me feel like I was incapable and not valued.

What drove you to participate in the She Should Run Incubator/cohort program?

Once I decided to run, I wanted to make sure I had information about what I needed to do. I am an educator, so there was no question that I wasn’t going to find a “school of politics” to help guide me. I even said to my husband, if this is meant to be, I will find classes. And She Should Run came to my email inbox from a local group, Real Women Run.

Why do you think it’s important for women to step up and get involved in different areas of politics?

I think policies will not change unless women step up. We bring a different perspective and offer solutions from a different unifying lense. Women understand how to uplift one another and help change the course for children. Women in politics are what our cities, states, and the federal government should have. It sets a tone to our young girls that their voice does matter and will be heard. Running this country is a partnership and if we are to show that we have progressed since 1787 when our great country said, “We, the people” and the people were those white, male, landowners- then running for office in 2019 needs to show that ‘the people” includes women of all race and walks of life.

What did you learn from your first run for office and will you run again?

I learned that time management is a large priority and fundraising is essential to any campaign. I am really good at time management, but when you factor in the duties a mother still puts pressure on herself to do, it makes for a lot of juggling, coupled with the fact for me that my husband travels an extensive amount of time during the week. Planning was essential in making sure everything ran smoothly. I made sure I delegated tasks between the small volunteer team I had.

In terms of fundraising, I learned that it took more time than anticipated. Aside from the regular calls to friends and posting on social media, there are events that a candidate is invited to that turns into networking, sharing your story, and being ready to accept donations to your campaign. Not attending those functions could short you even $100, which is critical.

“Even not winning makes an impact on the girls in your community. My daughters have learned a lot about bravery, resilience, supporting others.”

Who is a woman leader that you look up to?

Besides the obvious, Michelle Obama and Maxine Waters, I would have to say Marcia Fudge of Ohio. Her silent leadership has made ripples in the government pond. As a Mayor, she knew the importance of local impact and has always been involved. Now that she is a representative of Ohio, she continues to speak for her state. As a past president of the National Organization of Delta Sigma Theta, she has always been a supporter of other women.

What unique perspective do you think you can bring to our government?

Being an educator, I feel that I bring a problem-solving perspective to the table. As educators, we are tasked with solving issues that are presented to us, based on data. I also think the money problems many governments complain about, I could figure out ways to navigate around. Educators are used to tackling big challenges with little funding. It’s a small joke, but in all honesty, we are able to make large changes with small fees.

What advice would you give to someone who’s thinking about running for office?

I would say do it! Even not winning makes an impact on the girls in your community. My daughters have learned a lot about bravery, resilience, supporting others. Being active in your community is why we are on this earth. We are not meant to spend time in our own little circle. We can make an impact, a wave, and get people to think outside of themselves in ways they wouldn’t have when we run.