4 Things Girls Can Do To Ensure Equal Representation by Livia

As a girl growing up in modern-day America, I am shaped by the women I see in politics. Unfortunately, there aren’t that many, at least not nearly as many as there should be: for example, 23 states in America have never had a woman as governor and women hold only around 25% of the seats in Congress.

I distinctly remember all of the hope and joy I felt at the prospect of having our first female president. I was a fervent supporter of Senator Hillary Clinton from the start and I did everything a nine-year-old girl could do to support a candidate. I phone banked with my parents. I talked about her excessively with my friends. I accompanied my parents to vote and shaded in the bubble on the ballot for Hillary. I even wrote her a letter with my mom. 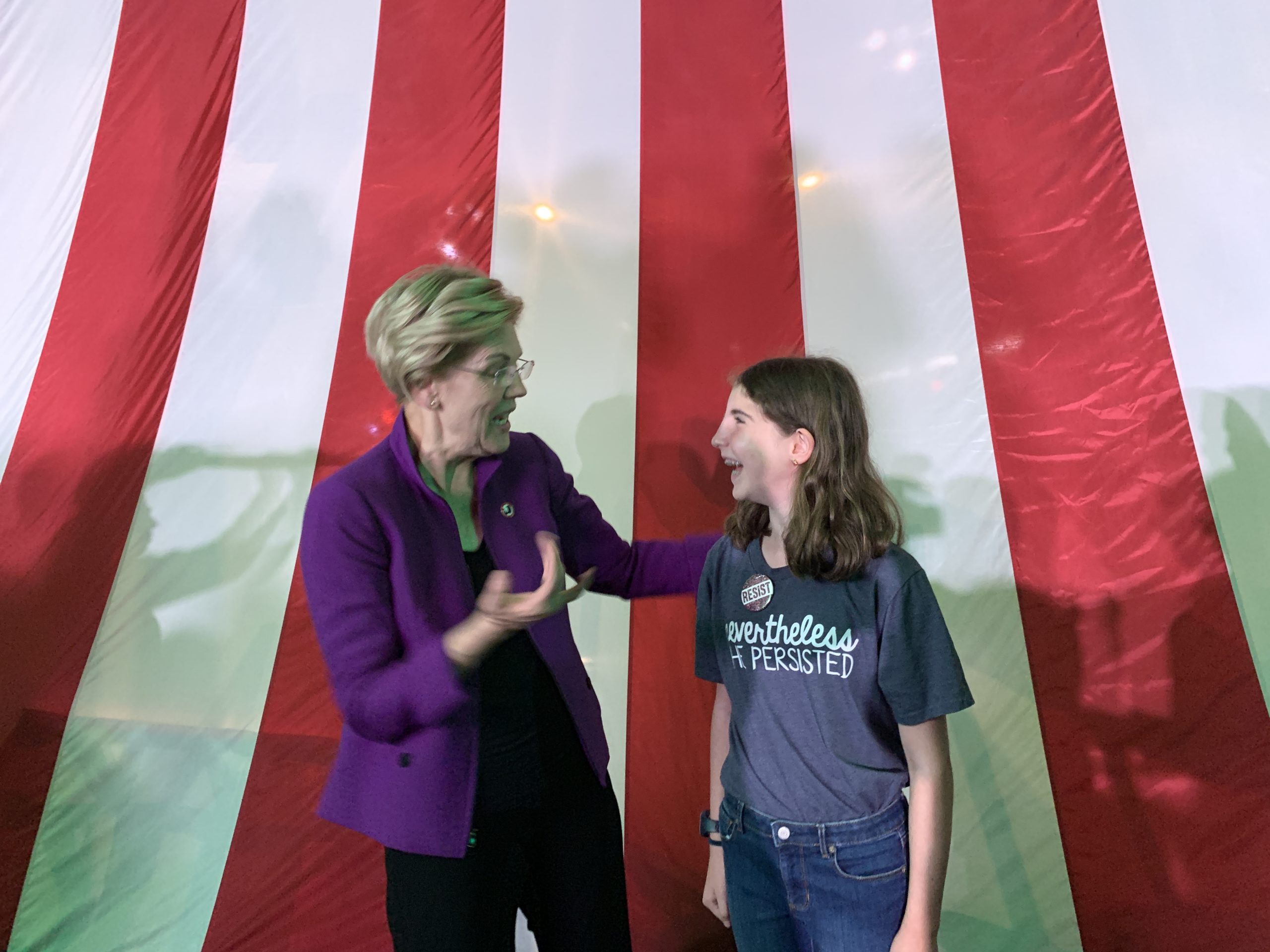 My excitement for women’s representation didn’t end after the 2016 election. I recently met Senator Elizabeth Warren at a rally attended by more than 20,000 people in Washington Square Park. I have also volunteered with the League of Women Voters to help register people to vote, and I co-lead my school’s Women’s Affinity Group. Through my actions, I have shown that while I might not be old enough to cast a vote, I am old enough to get involved in shaping the future of my country.

Here are four ways the young girls in your life can play a role in ensuring that they see equal representation in their lifetime.

1. Fundraise For A Candidate Or An Organization She Loves

From a lemonade stand to a bake sale, there are a variety of ways to donate and fundraise. Investments are essential to any woman’s successful run for office and come in many forms which include donors, fundraisers, house-party hosts and bundlers (small groups of people who pool their money to make one large contribution to the candidate, organization, or cause of their choosing). As organized and committed supporters, young girls can make a difference by donating to the campaigns of women running for office and also to organizations like She Should Run.

Campaigns frequently hold events and rallies which are usually open to the public, which means they are open to the younger generations as well. These events are a terrific opportunity to learn more about a cause, candidate, or organization, allowing girls to show their support. Debates are very helpful in learning about a candidate’s stance and plans for the future. Hearing candidates speak helps potential supporters decide who to endorse, and get a look into what it means to run for office. Often, schools also have ways for girls to get involved in politics. Many schools now have clubs for political debate and class elections, which allow girls to take the first step in their own political careers.

3. Write To Make Her Voice Heard

Writing is a great way for a girl to express her opinions. Maybe she is a future journalist. Luckily most schools have their own newspapers as a platform for students to communicate thoughts and ideas. Another way to express her views is by creating a blog or submitting writing to online publications for teens and kids. These are fantastic opportunities to share opinions, start discussions, and educate others. She can also write a letter to politicians or candidates to support them and express her thoughts on how her community is being run. She might even get a response and effect change.

Most of us look up to a variety of women in our lives. Women such as our moms, our aunts and our teachers all play a role in shaping us into the person we are becoming. Young girls can’t vote, but they can ask the women in their life to consider running for office and encourage them to see how they can impact the lives of others too. Sometimes people just need a little push, and sometimes that push needs to come from the younger generations. She Should Run has created an easy tool to ask women to run because they know that one of the biggest problems in reaching equal representation is not that women don’t run at the same rate as men, it’s that they aren’t asked at the same rate as men.

We don’t have to be of voting age to get involved in politics and advocate for equal rights. We can be our own heroes by fighting for our passions and values at any age. In the words of activist and Nobel Prize winner Malala, “I want every girl to know that her voice can change the world.” So, if there is a young girl in your life who is interested in equal representation and effecting change for the better, you should encourage her to start finding ways to get involved, and the best place for all girls to start is by asking a woman in their life to run for office.